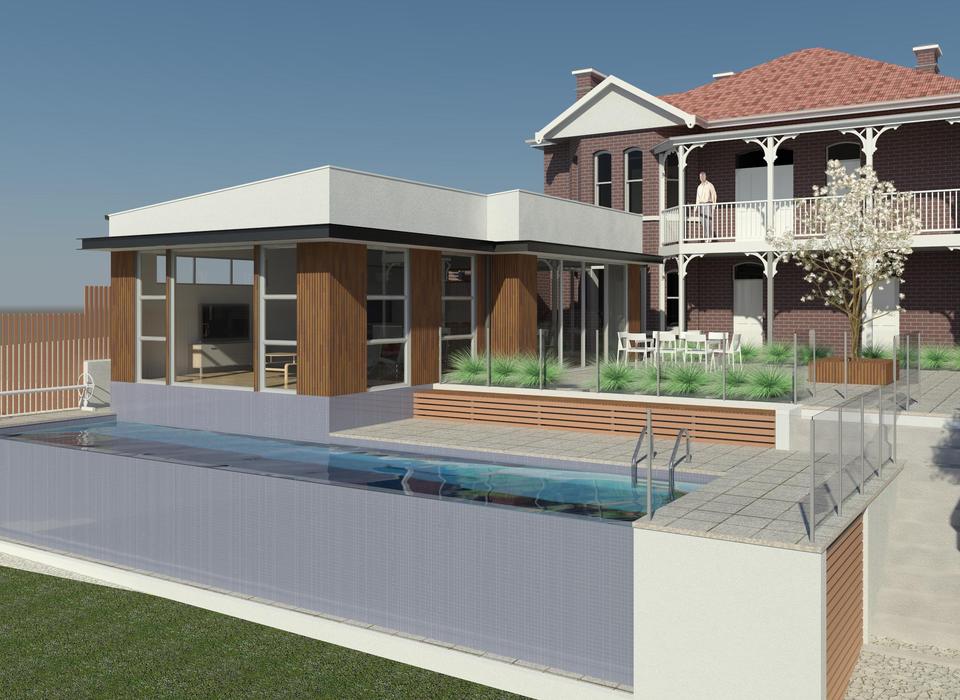 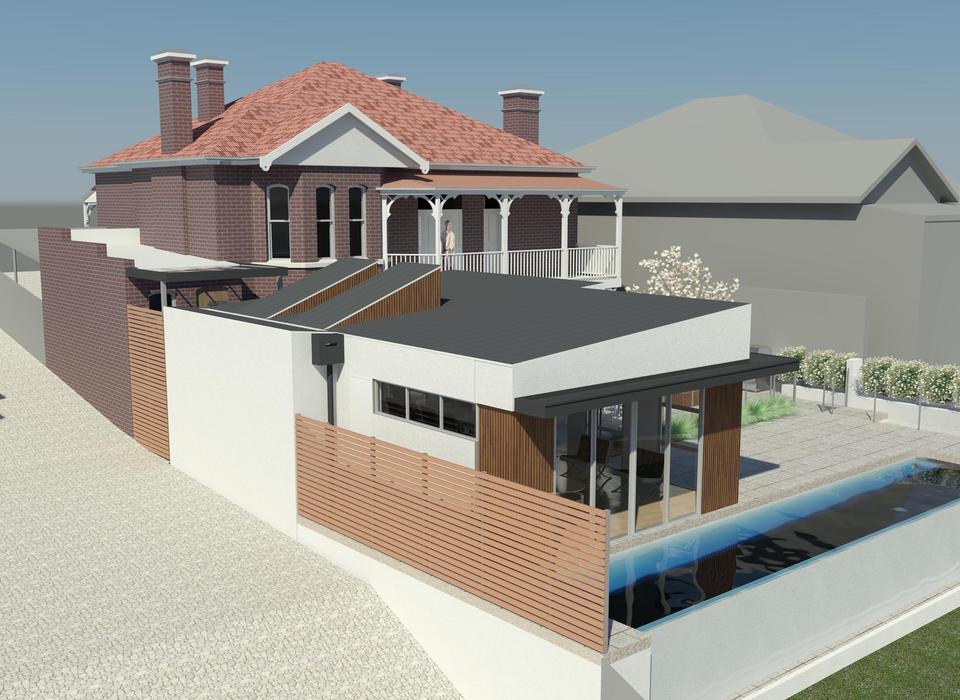 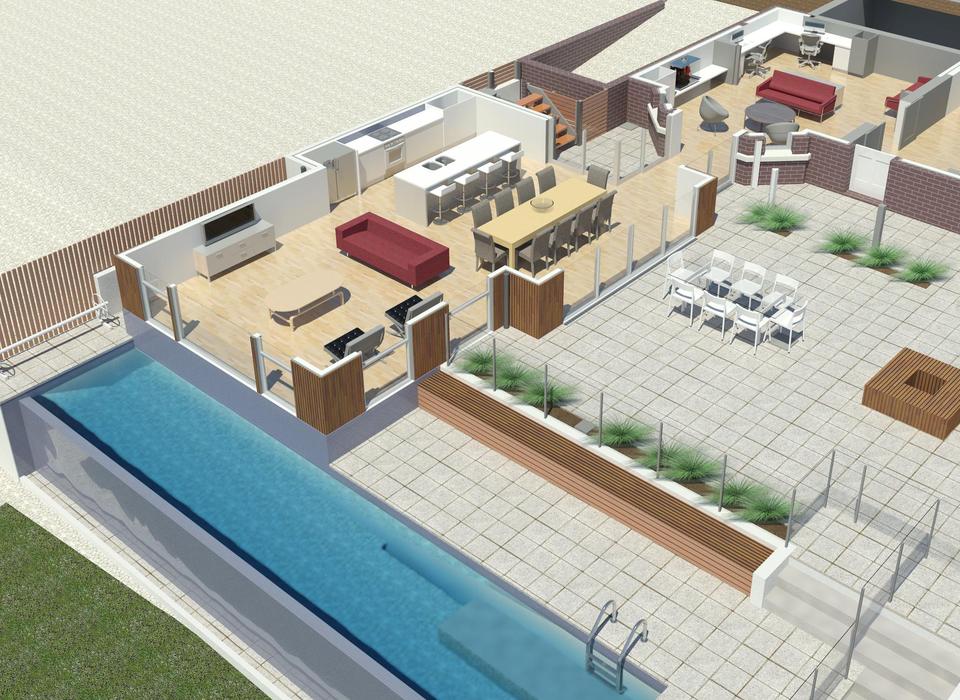 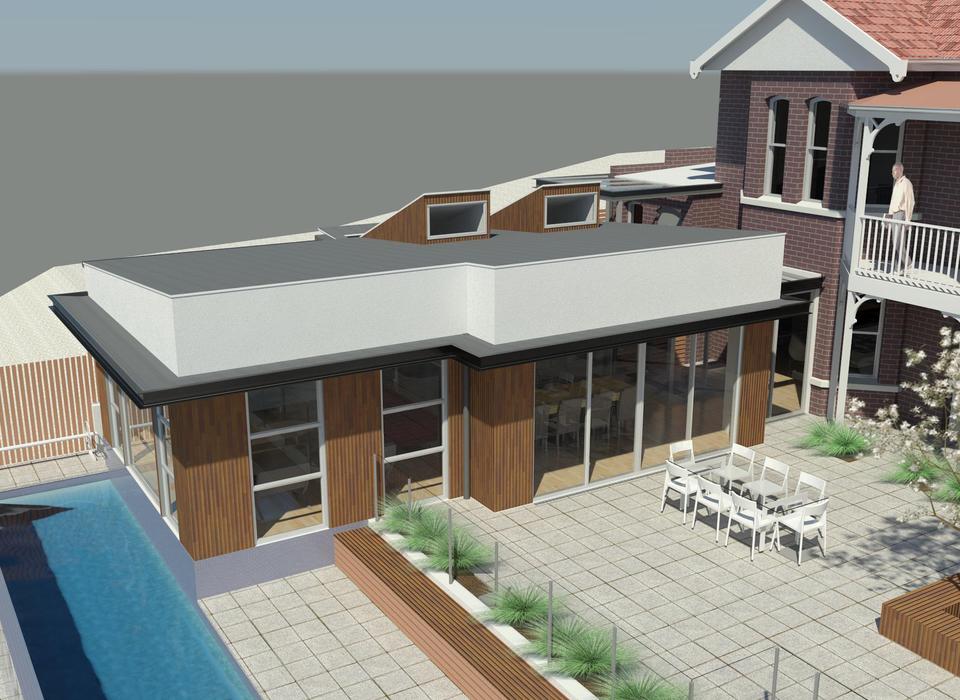 This existing 2 storey, 5 bedroom federation house boasted great bones but had poor solar access with considerable damp issues on the lower floor. The property has also served as a rental for the past 20 years and is in considerable disrepair.

As the home also falls under the Launceston City Council Heritage Plan there were some limitations and guidelines which had to be established and were successfully addressed early in the concept stage. The new addition was to include an outdoor pool adjacent to a new living area which would require the demolition of an existing deck & a concrete storage shed at the rear. The existing house was to be refurbished and would be linked to the new addition via an all-glass walkway.